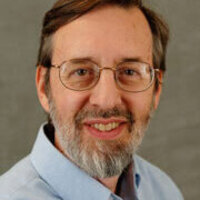 Sigma Xi Brown Bag: Which Phase Transitions are Symmetry-Breaking and Why Do We Care?

Which Phase Transitions are Symmetry-Breaking and Why Do We Care?

ABSTRACT: All higher-order phase transitions involve the spontaneous breaking of some symmetry. This means that at low temperatures the equilibrium state of a system has less symmetry than the energy function.  It is commonly believed that first-order phase transitions, such as liquid to gas,  do not break symmetries.  However there is a second rarer form of first-order transition that is symmetry-breaking.  Thus, one needs a method to distinguish between these.  I will show that a relatively simple but powerful theory of phase transitions due to Landau is capable of this.  Which symmetries are broken and which are not is of paramount importance in elementary particle physics. In particular, the source  of quark confinement is determined by them.