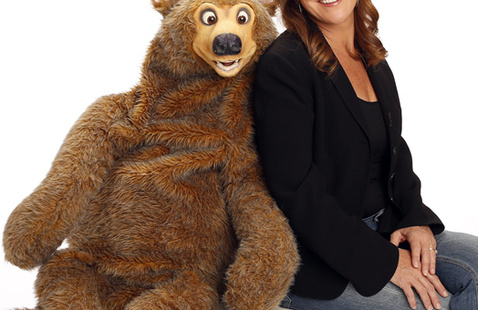 Rockefeller, Marvel Theatre View map $15 adults, $10 students/children
Add to calendar
Save to Google Calendar Save to iCal Save to Outlook

Fun and laughter will be center stage when Rockefeller Arts Center at the State University of New York at Fredonia presents “Comedy & Ventriloquism: A Family Show with Lynn Trefzger."  This is a Kaleidoscope Family Series event recommended for ages 6 and up.

Trefzger is an award-winning ventriloquist/comedienne with a trunk full of zany characters that have accompanied her to stages throughout the country. She was named the 2006 Funniest Female Performer of the Year by Campus Activities Magazine as the result of votes by thousands of college students nationwide.

Her vocal illusion talents were first brought to national audiences on the television show “Star Search” and she has since performed with artists including Jeff Foxworthy, Ray Romano, The Smothers Brothers, and Drew Carey. She has appeared on ABC, TNN, A&E and Lifetime television.

Her off-the-wall audience interplay is described as riotously funny and her performance on Feb. 4 will be tailored for a family audience. Trefzger’s show is an interactive one, so your voice is not necessarily your own when you’re in the audience. You could find yourself next to a rather inebriated camel or with a new baby you didn’t even realize you had.

Trefzger’s special performances include The Duke Children’s Classic – Duke Hospital Celebrity Golf Classic with Jeff Foxworthy as their chairman, she was invited back for a return engagement this year. Thousands of dollars were raised to support the Duke’s Children Hospital. She also enjoys performing aboard the Disney Cruise Lines.

The Courier Post in Atlantic City, NJ says ...”Trefzger is an excellent technician and a bright, inventive comedian...the result is a gem of a routine...a first rate entertainer!”

Tickets are available through the Fredonia Campus Ticket Office in the Williams Center, by phone at 716-673-3501 or online at fredonia.edu/tickets. Fredonia guidelines require masks be worn at all times in campus buildings regardless of vaccination status.

The Kaleidoscope Family Series sponsored by The Observer and Post-Journal is part of the 2021-22 Lake Shore Savings Season.