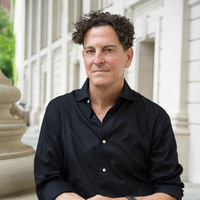 Canceled: Dr. Edward Ball: Author of "The Life of a Klansman" - Guest Speaker

Dr. Edward Ball has been invited to speak at Fredonia on Wednesday, October 2nd, in the Williams Center Rm. S204ABC from 2:00 to 3:00 p.m. as the Williams Visiting Professor.

Dr. Ball will discuss his latest book, The Life of a Klansman, which explores the life of an ordinary carpenter who joined the movement of the Ku Klux Klan in New Orleans during the years after the Civil War. This talk is one part history, one part family memoir, because the carpenter and white supremacist was a member of Dr. Ball's own family.

Slaves in the Family, one of Ball's five non-fiction books, won the National Book Award for non-fiction and became a New York Times bestseller. Dr. Ball, who currently teaches at Radcliffe Institute for Advanced Study at Harvard University as well as part-time at Yale Univerity, has been featured on national NPR broadcasts, major television networks, and appeared on Oprah!

As racial violence returns to the mainstream today, Dr. Ball will discuss the birth years of tribal white identity through the eyes of his great-grandfather, a man active in the founding generation of the Ku Klux Klan. Whiteness has a history that is hidden, but it is a story relevant to the living.

All are welcome to attend. Light refreshments will be served.

This event is being sponsored by the American Democracy Project with support from the Williams Visiting Professorship Endowment in the Fredonia College Foundation.