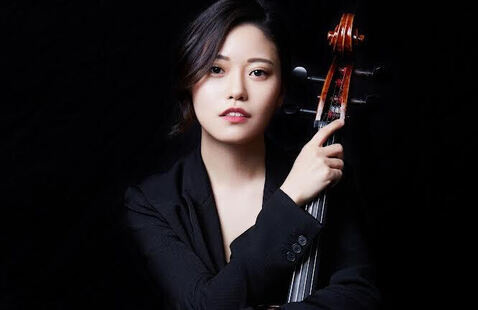 Mason Hall, Rosch Recital Hall View map
Add to calendar
Save to Google Calendar Save to iCal Save to Outlook

Program: Cello Sonata No.2, Op.5 No.2 by Ludwig Van Beethoven

An avid performing artist, Canadian cellist Caroline Kim is a versatile performer as well as a motivating pedagogue. She completed her Doctoral of Musical Arts degree from University of Michigan in 2019. Over the past decade, she has given performances across the United States, Canada and South Korea in many prestigious venues such as Carnegie Hall, David Geffen Hall, Alice Tully Hall in Lincoln Center in New York City, in addition to other cities such as Calgary, Aspen, Estes Park, Santa Barbara and Innsbrook.

After immigrating to Canada from South Korea at the age of eight, she made her national debut performance in her hometown, Calgary, Alberta, Canada, in 2011 playing Tchaikovsky’s Rococo Variations with the Calgary Youth Orchestra. Thereafter, she went to New York City to study at the Juilliard School with Richard Aaron, where she obtained both her Bachelor of Music and Master of Music degrees as a graduate of the Accelerated BM/MM program.

Throughout her studies, Dr. Kim has received numerous scholarships and awards including the Irene Land Scholarship, the Genevieve Kniese Cahudhuri Cello Scholarship, and the Betty & Daniel Bloomfield Fund Scholarship at the Juilliard School (2011-2016), career development grants from the Alberta Foundation for the Arts (2008-2018), and full scholarship at University of Michigan. She has also been awarded fellowships to the Aspen Music Festival and Music Academy of the West.

Dr. Kim is currently the principal cellist of the Ann Arbor Symphony Orchestra. Previously, she has served as the principal cellist of the Juilliard Orchestra from 2012-2016; New York String Orchestra Seminar in 2014; Music Academy of the West in 2012; and assistant principal in the Aspen Music Festival 2013-2015. She has had the privilege of working with many prominent conductors including James Gaffigan, Nicholas McGegan, Leonard Slatkin, and Alan Gilbert, among others. She has studied chamber music with many renowned musicians such as members of the Juilliard Quartet, Emerson Quartet, Cho-Liang Lin, Sylvia Rosenberg, Joseph Kalichstein, Yoheved Kaplinsky, and Jerome Lowenthal. Dr. Kim has also received significant training and mentorship with legendary cellists and pedagogues including Frans Helmerson, David Finckel, Alan Stepansky, Peter Wiley, Timothy Eddy, and Lynn Harrell.

As a soloist, Dr. Kim enjoys playing music from the broad spectrum of classical music history as well as exploring different genres of music. Her most recent project was performing transcriptions of the two Brahms Viola Sonatas, and performing in collaboration with a jazz ensemble. As cellist of the newly formed Ciel Ensemble, she has given numerous concerts in South Korea’s most prestigious venues such as Seoul Arts Center and Lotte Concert Hall. The Ciel ensemble also recently was awarded 2nd prize at the Lancaster International Piano Festival’s 2021 Chamber Music Competition.