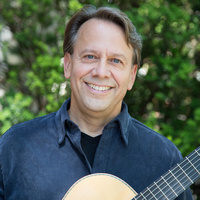 James Piorkowski is a SUNY Distinguished Professor at the Fredonia School of Music,
State University of New York, serving as head of the guitar program since 1983. Mr.
Piorkowski's recitals have been heard in Italy, Spain, France, Germany, Czech Republic, Hungary, Slovakia, Puerto Rico, Venezuela, Jamaica, Canada, and throughout the United States. For eighteen years, he was a member of the world-renowned Buffalo Guitar Quartet. The BGQ toured internationally and released four highly acclaimed recordings. Guitar Player Magazine stated that the Buffalo Guitar Quartet was "one of the world's premiere classical guitar ensembles."

Lyric Baritone Daniel Ihasz has been a member of the voice faculty at the State
University of New York at Fredonia since 1992 where he is Full Professor, and has
performed extensively across the United States and abroad. Mr. Ihasz and Mr.
Piorkowski have collaborated in concerts and recordings for over 20 years.

This event will be live streamed: fredonia.edu/music/live