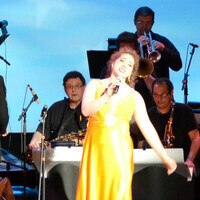 From Duke Ellington’s classic “Take the A Train” and Frank Sinatra’s iconic “New York, New York” to Billy Joel’s “New York State of Mind” and Weather Report’s “Birdland,” over 3,000 songs have been written about New York City or one of its famous landmarks. Twenty of the most-loved such tunes have been chosen for Rockefeller Arts Center’s 2022 Commencement-Eve concert. The show, which is a Fredonia tradition spanning almost three decades, will feature eight of Fredonia’s most talented student singers, backed up by the 19-piece Fredonia Jazz Orchestra directed by Dr. Nick Weiser.

You're not going yet!